Since 1976, while sourcing materials to build a “nature house” from stone and native timbers collected from the surrounding forests, I also began collecting Jarrah Burls from old logging coups within a two to three km radius of my property.

All the works I produce are from a non-renewable resource, none of which have been collected from a living tree.

Several countries house my work including Eastern Australia, Japan, Scotland, England and California. Fremantle presented one piece to sister city Nagoya in Japan. My craft has been published in British Woodworker and shown on ‘Beyond 2000’ promoting Arbortech. My work has been sold through various outlets such as Crafty Creations Nannup, Fremantle’s A-Shed and Boranup Gallery, Boranup. 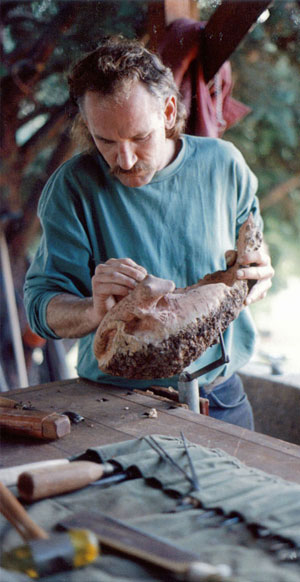 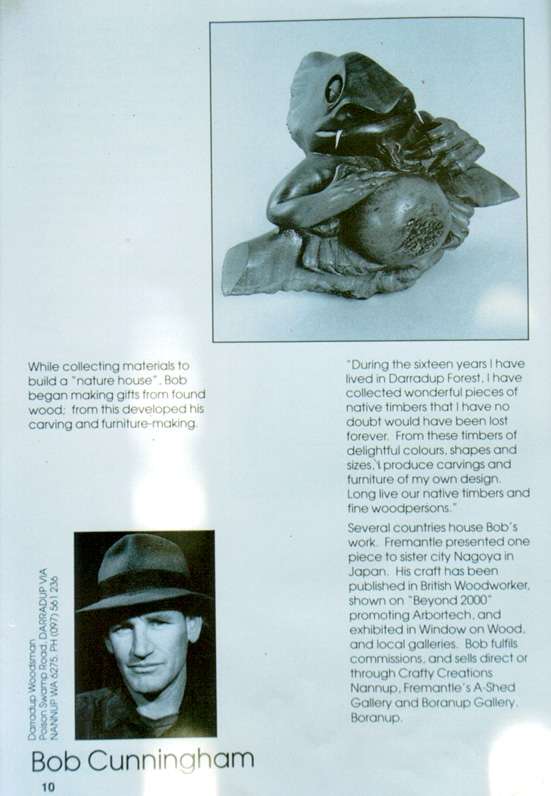 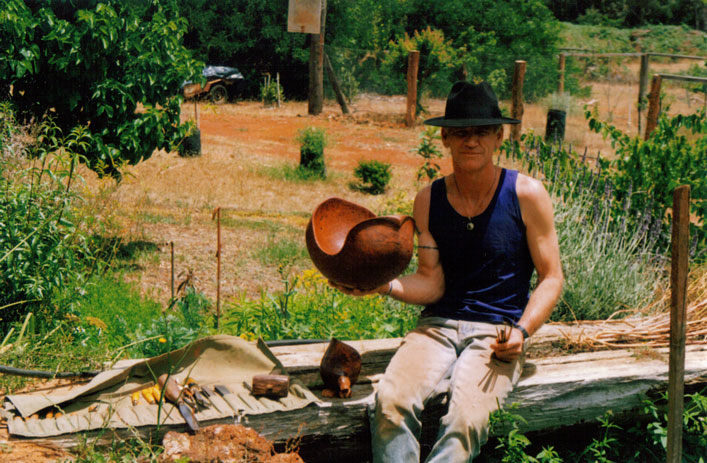